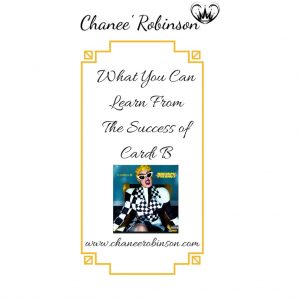 I like many people discovered the bigger than life personality, Cardi B, on the sixth season of my guilty pleasure, Love and Hip Hop New York.

When she first appeared I thought oh my goodness, she’s loud and hilarious! Where has she been all this time? As episodes went on I, like many others, absolutely fell in love. It was apparent from her scenes that she was her authentic self at all times. Good, bad, or indifferent you had to respect it. 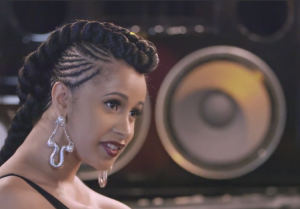 She quickly became one of my favorites. On the show, I would hear mention of her in the studio, but I was more interested in her personality and didn’t pay her music much mind. I saw her light up the television screen every Monday with funny catchphrases and through it all stay true to her. She had already been a popular Instagram personality, which landed her on the show in the first place. Through the show, many more of us got to know her and see her grow and become more popular and successful just from being herself. LESSON!

Then Cardi announced she would not be returning for season 8 of the popular reality television show. She cited wanting to focus on her music career. When I heard the announcement I thought to myself WHY?! She’s the star of the show, she’s the reason so many people watch, she needs to stay and focus on that-what if her music career flops? I’m glad Cardi’s vision for her life was bigger than what I saw at the time. Right there we learned to follow your heart and dreams despite what others say or believe about you. LESSON!

Again, I didn’t follow her music much and didn’t really know what she was up to. Then Bodak Yellow dropped and if you weren’t following her before or paying attention to her, you had no choice but to listen. As she rode the wave of Bodak Yellow and began to be featured in more magazines, featured on different songs with different artist we began to see that Cardi B was and is more than a reality star.

Note: There is nothing wrong with reality stars, there is clearly a market for it and many people have gained success and used it to push their dreams.

But Cardi B knew she was destined for more and she followed her dreams. Not listening to naysayers, doubters, or people who couldn’t see the vision for her. She worked hard, believed in herself and just last week dropped her debut album, Invasion of Privacy.

So even if you don’t like her music you have to respect her hustle, confidence, and ability to will and create the life SHE wanted. Go Cardi B!

If you need some motivation go blast Best Life featuring Chance the Rapper (one of my personal favs) and get to work!