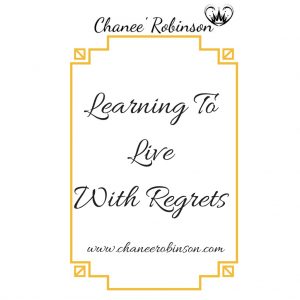 “This is the number one rule for your set, in order to survive, gotta learn to live with regrets.”-Jay-Z, 1996).

Words from one of my favorite songs, Regrets by Jay-Z, featured on the Reasonable Doubt album.  The song is about the different things Jay-Z has been through up until that point in his life. He takes us on a journey and tells us stories about highly stressful situations he’s been in from drug deals, life in the streets, and missing his friend who has passed on. And although I can’t relate to being nervous about a drug deal, stressing my mother out because I wouldn’t leave these streets alone, I can relate to having regrets.

Many of us have things we wish we would have done, would have said, or took the opportunity to do. It’s natural to wish something did or didn’t happen the way it happened and to look back and know what to do now. It’s totally okay to reflect, but it’s not okay to dwell. 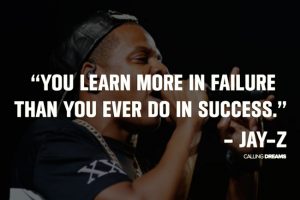 In the past, I’ve held on the things that hurt me, I’ve wasted my time and energy, and just overall gave too much to things and people who have drained me.

But I couldn’t stay in that place and you can’t either.

When you look back and reflect first be grateful you survived the situation. I’m a firm believer in everything happening for a reason, even if we don’t understand that reason. And there are still things to this day that I don’t understand and probably never will, but I refuse to stay in that place any longer.

In order to survive, you have to make an effort. Acknowledge the situation and realize your part in it and the mistakes you have made. Once you do that you’ll be in a better position to not only accept the past but to learn from it. You’ll thank yourself later.

One thought on “Learning To Live With Regrets”