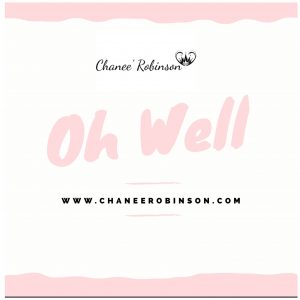 These are words to one of my top five theme songs in life. This week I needed and received my reminder by listening to my theme song (along with Forever Young from the same album)  on repeat each time I had to drive.  This lyric and song, in general, remind me of my greatness and my creativity. It describes the importance of living and doing the things you were meant to do despite what others around you think or believe.

We are often so worried about other people and their thoughts, their feelings, worried our shine would hurt them and begin, most time unintentionally, dulling our shine.

Me, Chanee’, I was dulling my shine.  Now, some people that know me might find it hard to believe, because for as long as I can remember I have ALWAYS believed in Chanee’.  My mother and even the man that played the role as my stepdad (another story, for another time) instilled in me that I can do and be anything in this world that I wanted to do. But still, at an early age, I found myself dimming my light, intentionally.

In the sixth grade at the age of eleven, my science teacher at West Baltimore Middle School asked our class something about wanting to be on television. I can’t remember the exact question, but to this day I remember my response: “YES! Of course, I would be on TV!”  My teammates were like’ What?!  Why would do that? Not me, I wouldn’t.’  I didn’t change my answer, but I wasn’t as enthusiastic to share.  I don’t really think I was worried or even embarrassed, just confused. Why wouldn’t they want to be on TV? Be famous? Let the world see their talents?  As I reflect, moments like that have happened many times in my life. I get excited about an accomplishment or new challenge and the people around me just aren’t that excited. Mostly because of their lack of accomplishments/ambitions.

So, over time I just kind of stayed quiet. Didn’t say too much around too many people, afraid that my light would outshine them and I didn’t want to hurt feelings or step on any toes.

I refuse to let others and their lack of self-worth, drive, dedication, or ambition stop me from doing and being who I know I was called to do and be.  No apologies for living my life with intention. I just hope others have the courage to do the same.

Don’t let what people are or are not doing stop you! God has given us all a reason; a purpose for being here and it is our right, our duty, to live up to our purpose. Some might love it, like it, or hate it…but it’s not their life to live.  I’ve been able to do this by surrounding myself with positive accountability partners/friends. We text/call when we need help, celebrate each other, cheer each other on, and are there to face challenges together. And most importantly, nobody has to apologize for their current and future success. At this point, I don’t even think I could let this light hide even if I tried.

“The motivation for me is them telling me what I cannot be…Oh well” (Jays/Pharrell. So Ambitious. Blue Print 3, 2009).