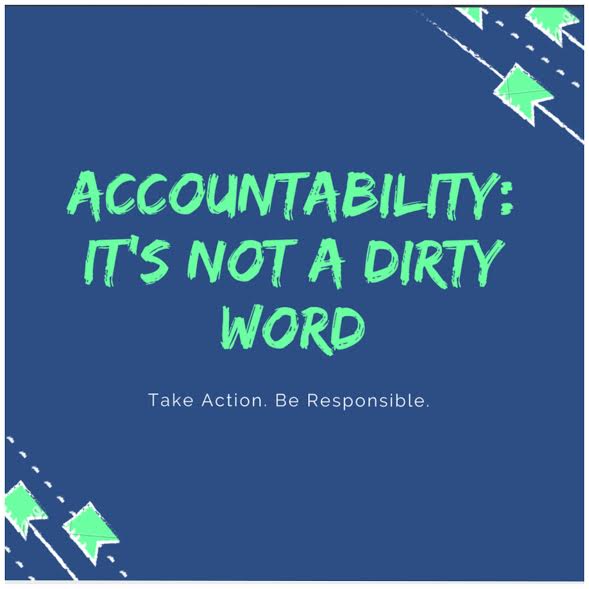 Accountability is defined as the quality or state of being accountable; especially an obligation or willingness to accept responsibility or to account for one’s actions    (https://www.merriam-webster.com/dictionary/accountability.)

Let’s repeat that: ESPECIALLY AN OBLIGATION OR WILLINGNESS TO ACCEPT RESPONSIBILITY OR TO ACCOUNT FOR ONE’S ACTIONS.

Far too many times people treat accountability as a dirty word. As in something they don’t have to do or simply outright refuse to do.

At the very least you are accountable for yourself and your children.  You are obligated to take responsibility for your actions and/or lack thereof and as a result face and deal with the consequences, positive or negative, that come with said actions ( or lack of action because that’s a thing, too.)

Oh but these same people, who have convinced themselves and a few others that they aren’t accountable for the majority of the things that happen to them, have zero problem with accountability shifting-shifting their obligations and responsibilities on to others. Nothing is their fault, the things they have directly or indirectly participated in is for others to clean up, deal with, and thus fix.

So, what can we do? First things first, you understand and believe that accountability is not a dirty word. And this starts EARLY, like infancy and toddlerhood early. Teach your kids responsibility and discipline when it comes to food choices, playing, bed time, reading, and chores to name a few.

Now for my adults, I was going to suggest something nice, friendly, and fluffy. Something small that wouldn’t scare you, but let’s face it, time is of the essence. We’ve already completed six months of 2017. Two more blinks and it will be 2018. Do you really have time for small, light, fluffy steps? Let me answer that for you-NO!

Whatever your IT is needs to start today.

Make your to do list and start making IT happen. 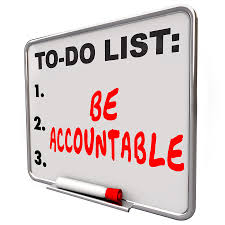